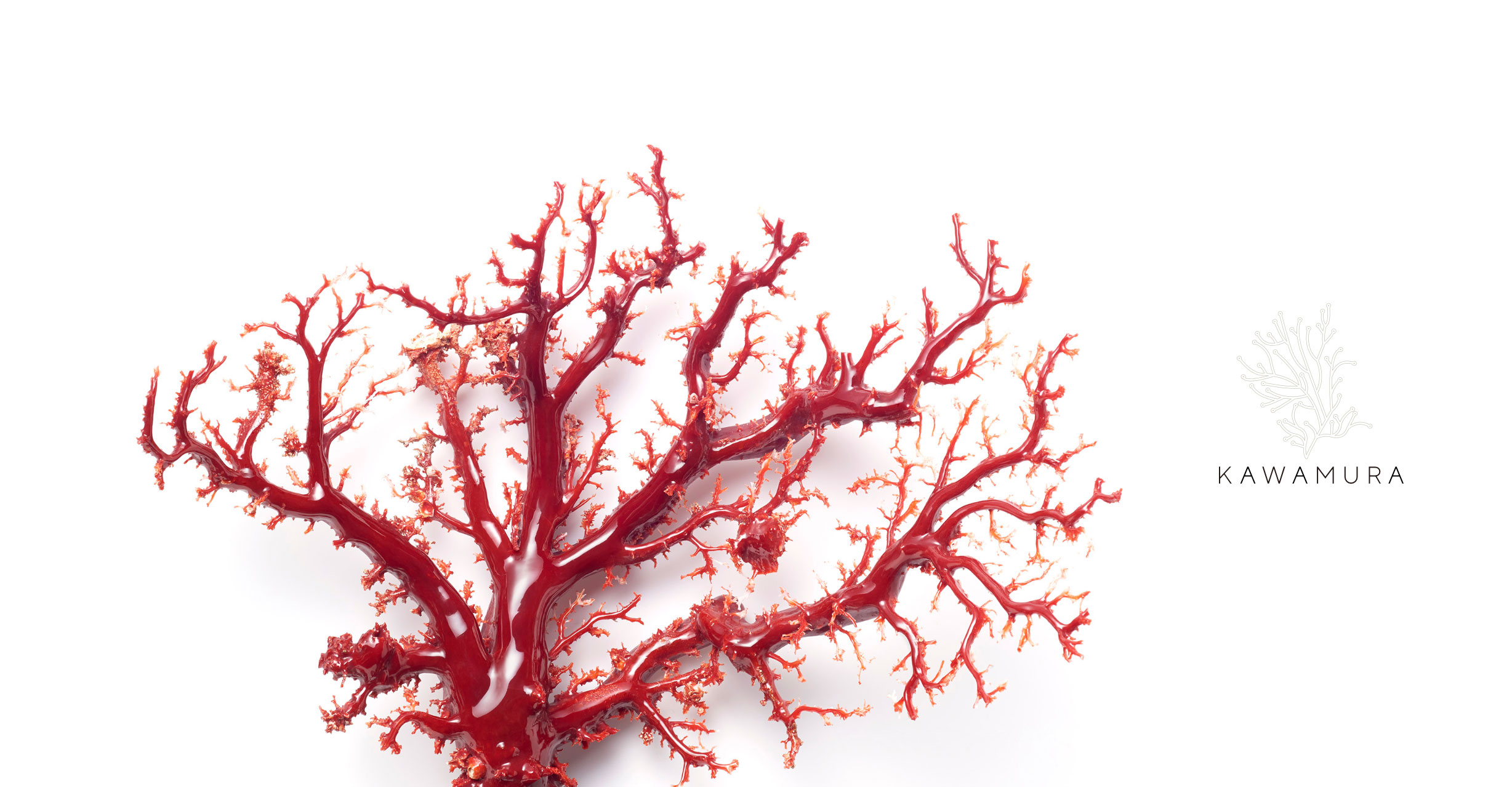 Precious corals differ greatly from the more commonly known reef corals. Before precious corals can be used for jewelry, they must grow for hundreds of years in the ocean depths beyond 100 meters.

The Wonder of Precious Coral

Precious coral’s history spans back over 20,000 years. Originating from the Mediterranean coast, it has been treasured since ancient Greece and Rome as a charm for luck and happiness. Later, as it passed through the Silk Road it became an important protective symbol in the three major religions of the world. Even in Japan it rose to popularity in the same time period as Buddhist cloisonné.

‘Aka’ corals are collected in the oceans near Japan, with those of the highest quality and deepest color being found off the coasts of Kochi Prefecture.
Its rarity and deep red coloring make it prized worldwide as a stone for use in high jewelry.

This coral is collected from the Mediterranean Sea and possesses reddish-orange hues. Because it lacks the luster and beauty of ‘Aka’ coral, it is not used for high jewelry.

There is a wide range of shades from red to nearly white.
Momo coral can be found in wide distribution around the Pacific Ocean, from the seas near Japan to West Asia, and can grow to be the largest of all precious corals.
It is often used as material for large carved sculptures or as adornments in many traditional costumes across Asia.

This coral is so rarely collected that it is sometimes referred to as a ‘phantom coral’.
It has a beautiful light pink color and is coveted in Europe under the name ‘Angel Skin’. The highest grade, called ‘hon-bokeh’, is extremely valuable with the suspected likelihood of finding even a single branch being merely once a decade.

Distributed from the seas near Japan to the East China Sea, white corals contained a wide range of colors from pure white to brown and pink-white. The rarest variety of white coral is referred to as ‘snow white’, and has no mixing or traces of color whatsoever.

KAWAMURA offers complimentary standard maintenance service for its high-end coral jewelry brand products.
The main component of gem coral is calcium carbonate, and acidic substances such as sweat and cosmetics may dull the shine and discolor the stone. After wearing your jewelry, please wipe it with a clean, soft cloth. Hot springs, soaps, and shampoos can contain corrosive components such as sulfur and others acids, so please remove your jewelry before when bathing.